Losing a child is a lonely thing.

There are big, big feelings involved for bereaved parents (and those around them).

Lots of those feelings are ugly, painful and raw. If you haven’t been through it yourself, it can be hard to know how to react, or what do say.

If you’d asked me before Dorothy was born, I would confidently have said that I had a large, close group of friends (many of whom I’ve known since school), who would be there for me, no matter what.

Since Dorothy died, I can confidently say that I have two friends (both of whom I’ve known since school), who will be there for me, no matter what.

One came to see us in hospital to meet Dorothy and brought Diet Coke because ‘I want to meet my honorary niece, and I thought you probably needed this.’ The other drove the two and a half hours from her house to ours and sat on the sofa, holding my hand while I did more crying than talking.

Since then, they’ve both been at the end of the phone at all times, texting to ask how we are, and to share insights on things such as cake decorating, the TV show This is Us, and pink hair.

They’ve also offered advice about more serious topics like going back to work, and if/when/what to post about Dorothy on social media (a decision that was taken out of our hands when an acquaintance with no real connection to me, Chris or Dorothy decided to post a vague Facebook status about Dorothy’s birth. I still have Mount Vesuvius-about-to-erupt levels of fury whenever I think about it).

And, of course, there’s my mum and sister.

Because of my BMI, I had to have blood thinning injections for 10 days after Dorothy was born in case of blood clots. I am a giant wuss and my husband was worried about getting it wrong, so my sister came over every day to give me my injection.

She and my mum have listened to me, been my spokespeople with the rest of my family,  made sure I’ve gone outside (no mean feat in the first few weeks after Dorothy died, when my skin felt raw and I thought the whole world was staring), and brought me home as soon as it got a bit much.

My parents-in-law have brought me books and given me advice on gardening and painting (I am  an enthusiastic amateur, with more eagerness than aptitude. But they’re very kind and keep trying).

I’m also incredibly grateful to the friend who lives over the other side of the world and sends me Dad jokes; the old friends I’ve not seen for years who have come to see me or sent messages of support; the She Might Be team who bought Dorothy a star and have offered me lots of support (even when my messages consist solely of rude words), and countless other friends and family who’ve stayed in touch.

Each and every one of them means the world to me. 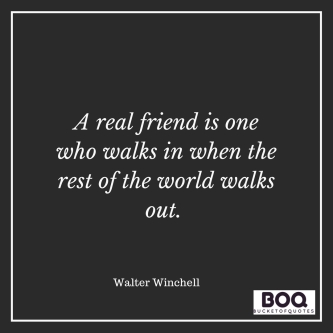 Of course, there have been people who’ve kept their distance, including people close to us. I understand that everyone is busy; their lives didn’t stop when Dorothy’s did. But I’ve gone weeks without hearing from some of my closest friends, and seen them twice (or less) since Dorothy was born.

Perhaps they’re worried about saying the wrong thing, or having no words at all? That they’ll accidentally say something that comes across as unkind, or in a way they didn’t mean?

Maybe they’re concerned that when they see me, an increasingly horrendous series of ‘What if’ scenarios will pop into their heads? And when they realise it’s me that has to deal with those scenarios, the relief and guilt will show on their faces? I see that look every single time I interact with a parent – at this stage, it’s no big deal.

Do they think I stopped being me when Dorothy died? That, when talking to me, instead of learning about what I’m reading, developments in the field of confectionary, or my hat collection, they’ll be confronted with a gaping hole of grief where my me-ness once was? Some days I’m ashamed of it, but I do still like to talk about books, food and hats. It’s just that now, I have a daughter I sometimes like to talk about too.

Or, as I suspect, perhaps it’s because I’ve somehow messed things up. By giving birth to a daughter who died, I’ve upset the status quo, and become the spectre at the feast.

People can’t talk about their children. Or pregnancy. Or share labour horror stories (I always hated it when they did that). I’ve ruined it all, and become the maternal equivalent of a divorcee whose married friends stop talking to her because they feel uncomfortable (although of course, in their minds, it’s their friend they’re worried about upsetting).

There’s a thought that’s been bothering me in the last week or so: If I was on normal maternity leave, would they have stayed away?

I imagine the answer is no.

While I understand they may not feel equipped to deal with what’s happened, I can’t – and won’t – pretend that it doesn’t hurt. A lot.

And my research when writing this post suggests that many people whose child has died experience something similar; if you’ve been affected by this, there may be local support groups near you, or you can call Sands on 0808 164 3332.

One thought on “Friendships after a child dies”