While the housework piles up (literally, in the case of the washing), and the table names remain unwritten because I’m sulking about not being able to do calligraphy (I mean, I’ve been able to do joined up writing for quite some time now – it should have been easy), I thought I’d take some time out to look back at some of my favourite on-screen weddings, some of which may influence our wedding in some small way (hint, hint). In no particular order:

I don’t remember much of this one, apart from a particularly tricky-to-solve murder and an epic best man speech, but The Boy assures me it’s brilliant.

Likelihood of our wedding turning out the same way: 2/10 – Mary’s dress is stunning, and I won’t entirely rule out a murder taking place on the day, but I’d like to think our wedding is going to be much less dramatic.

2. Amy and Rory’s wedding – Doctor Who

A diary, an imaginary friend and a big blue box – what’s not to love?

Likelihood of our wedding turning out the same way: 5/10. There are certainly some elements we’ve borrowed from this wedding (spoilers…), and The Boy has some moves, but I think it’s fairly unlikely that the TARDIS is going to turn up as my ‘Something blue’.

3. Geraldine and Harry – The Vicar of Dibley

Oh, I had a tear in my eye at this one. After several years of being unlucky in love, the lovely Geraldine Granger meets a very nice man (even if he is an accountant), and they live happily ever after.

Photo: Wrecked, Solitary, Here
Likelihood of our wedding turning out the same way: 6/10. I may very well end up in my pyjamas, and I can neither confirm nor deny the presence of Daleks. However, Kate (maid of honour, sister, general good egg) has flatly refused to wear the same outfit as Alice, Geraldine’s maid of honour:

Alice: Well it is in fact a perfect replica of the costume worn by Doctor Who as portrayed by the actor David Tennant.
Geraldine: Really? Why?
Alice: I am a Timelord, watching over your marriage throughout eternity.

This is technically a different wedding, and I was a bit too young to watch this first time around, but whenever I’ve seen it since, I’ve squeaked with joy when Niles and Daphne finally admit they’re in love with each other and flee in a Winnebago.

Photo: Retro Watching
Likelihood of our wedding turning out the same way: 0/10 if we’re talking Daphne and Donny’s wedding – I have no intention of running away with my boss’ brother (not least because she doesn’t have one). However, Niles and Daphne’s wedding? A solid 7/10 – we might not be having running away to Reno (or the UK equivalent, Gretna Green), but I fully intend on looking this ruddy happy. “I love you. And surprises that come our way, it’s ok, because I will always love you. You are the person I was meant to spend the rest of my life with.”

Likelihood of our wedding turning out the same way: 5/10. The meaningful looks, Dad dancing and beautiful bridesmaids are all a given. The minister turning up as a WWII veteran, a hilarious mix up with a pregnancy test and the groom disappearing are, hopefully, not.

The best man breaks the maid of honour’s heart, a bridesmaid loses an eyebrow thanks to an unfortunate waxing incident, the groom is working late (he’s a surgeon), and ends up missing the ceremony entirely thanks to a ‘Which church are we in?’ mix up, then the reception band gets food poisoning. But it’s all ok, because they love each other (and the groom’s recent patient just so happens to be a priest). 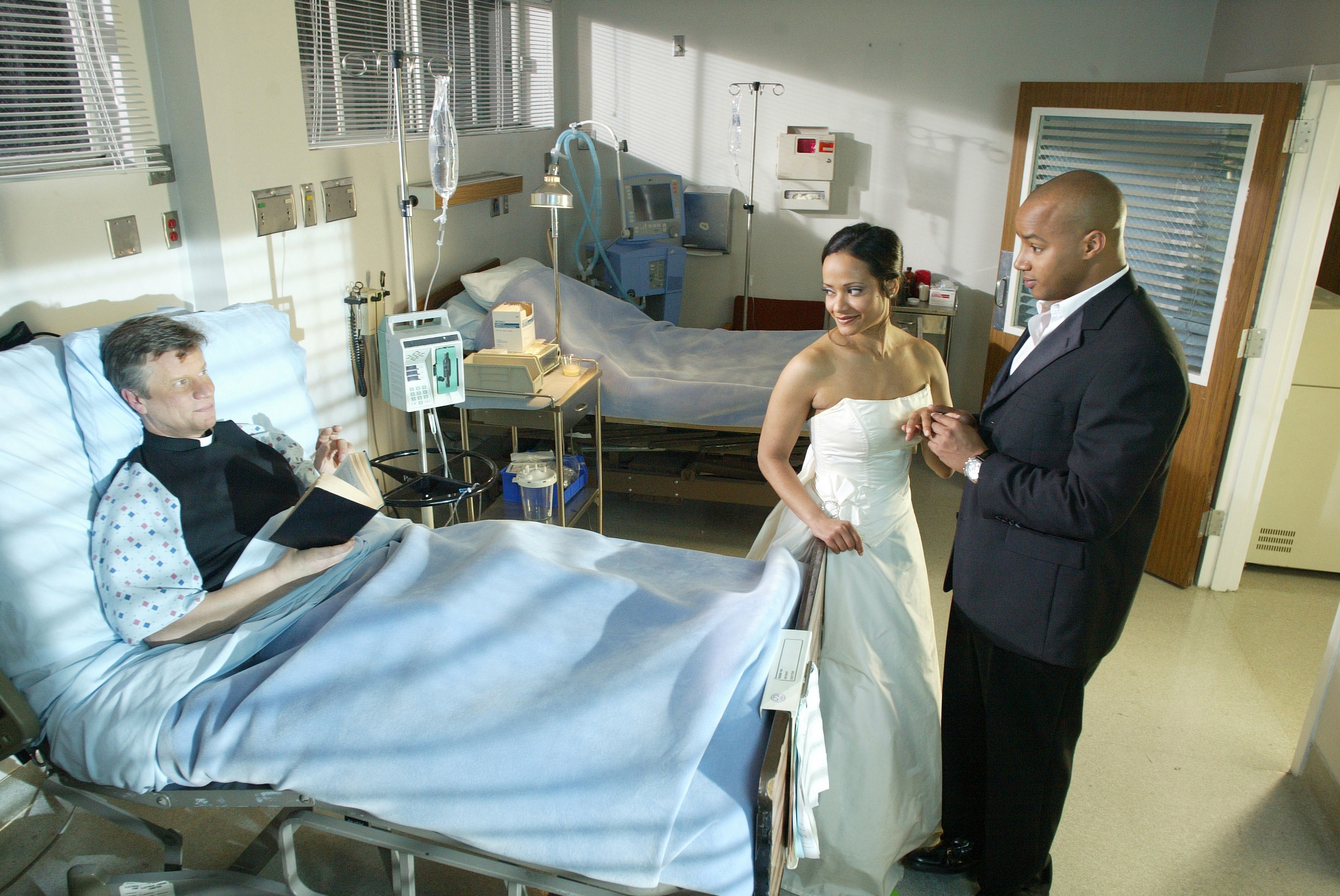 Likelihood of our wedding turning out the same way: 4/10. The groom may very well arrive after the bride (I have made my peace with it), but we’re not serving shrimp at the reception, and as far as I know, the maid of honour has no intentions of giving anyone an impromptu eyebrow wax, nor does she have anything other than friendly feelings towards either of the best men.

This wedding has, quite literally, everything. I had a tear in my eye, I laughed like a drain, and I really, genuinely, wanted them to live happily ever after. 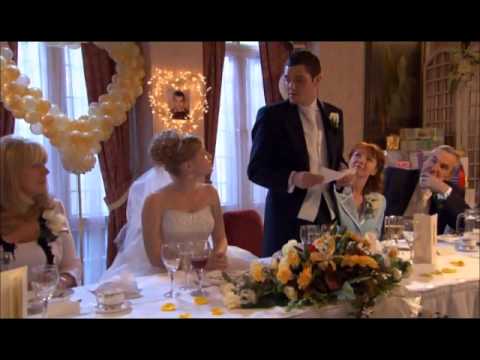 Likelihood of our wedding turning out the same way: 8/10. The beauty of this episode is that it’s been written so it’s just like almost every wedding you’ll go to. There’s the blinder of a speech, a big white dress, and a guest book nightmare. As for the best man sobbing before his speech has really gotten going – that largely depends on which of the best men will be doing the speech.

To close, let me paraphrase Gavin…”Less than two weeks to go now, babes.”