Baby Loss Awareness Week starts tomorrow, and runs until 15 October 2018. It’s a collaboration between more than 60 charities across the UK, and its a time for bereaved parents and those close to them to commemorate the lives of babies who died.

With the event coming up, I’ve seen lots of stories in the press from women who’ve lost their children, whether through miscarriage, stillbirth or neonatal death. The one that affected me most was this piece by Fiona Crack for the BBC – I am a mother without a baby; reading it was like reading about the run up to Dorothy’s birth, from the routine midwife appointment the morning before everything started to go wrong (although my waters waited a full eight days after my appointment before breaking), to labour starting weeks early, and the exquisite sadness of afterwards.

I, too, have become a mother without a baby, a concept that is still incredibly difficult to get my head around.

Popstar Lily Allen was recently interviewed by The Guardian, to promote her memoirs. Sophie Heawood, the journalist, wrote:

“It was also the house that Allen would one day walk out of, into what she now describes as “torrential, biblical rain”, to take off all her clothes, like naked on the ground and howl. Her baby son, George, had died just weeks previously, while she was giving birth to him six months into her pregnancy. “I don’t even know where that came from, I just found myself there – outside,” she says quietly, remembering that day.”

Reading that took me right back to the weeks after Dorothy was born. In a silent house,  all I wanted to do was scream until my voice box shattered. Once I could face leaving the house on my own, I started driving through the back roads, just so I could shriek at the top of my voice. It helped, a bit.

A few weeks later, I heard Lily Allen on Woman’s Hour, and my heart broke for her as she spoke about her son’s traumatic birth. Jenni Murray, the presenter, asked her how she recovered from it and she replied “I don’t think I did. I don’t think I ever will, really.”

That’s another thing that I’m only just beginning to wrap my head around. The way I feel now is my – our – new normal.

It brought this to mind. Years and years ago, when I was studying for my A-levels, I had to choose two books to write an essay about. Having a penchant for romance novels with a 1940s setting (I used to read a lot of my gran’s books), I asked my teacher for advice. She recommended I read Birdsong by Sebastian Faulks and The Ghost Road by Pat Barker (the latter is part of a trilogy of books which also includes Regeneration and The Eye in the Door). I would heartily recommend both, and have re-read them a few times since that first time.

I’ve always remembered this sentence from The Ghost Road: “He’d been looking all along at a face scoured out by grief, and he’d never known it till now.”

It’s a line that moved me (even with my limited life experience aged 17), and now, it’s one that I find heartachingly sad.

Reading and hearing other people’s stories of losing their children is hard. It’s painful. But it’s important. Knowing other people have been where we are – sometimes using the exact same words I do – and have come out the other side gives me hope, even on the pitch black days.

Baby Loss Awareness Week is important for lots of reasons; it’s encouraging people to talk about a taboo subject and it’s acknowledging all those little lives. And it’s making people like me feel less isolated in our grief.

If you – or someone you know – has lost a child, the charities that promote Baby Loss Awareness week have lots of resources available. The death of a child doesn’t just affect the parents; it also affects family members and friends, and if you fall into one of the latter categories, please don’t think this means you shouldn’t ask for help. You should.

Baby Loss Awareness Week ends with a Wave of Light  at 7pm on 15 October. I’ll be lighting a candle for Dorothy, one for Stormy and one for Miller. If you’d like to join in, to remember your own lost children, or to support those affected, all you need to do is light a candle at 7pm and leave it burning for at least an hour. 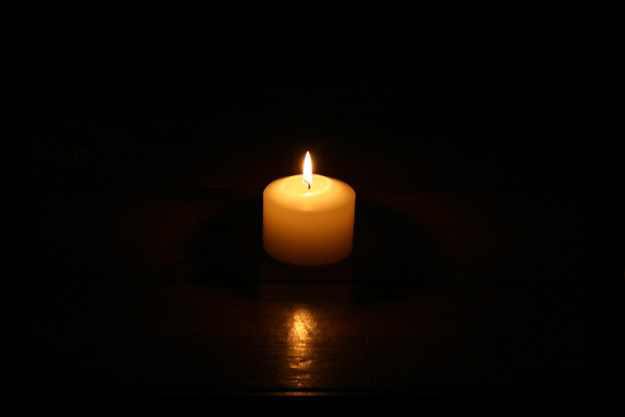 One thought on “Becoming a mother without a baby”