Silence makes me uncomfortable (any of you who have met me in real life will already be aware of this), and as a result, I’m the sort of person who likes to have noise in the background whatever I’m doing.

There’s nothing I like more on a lazy Sunday morning than having an episode of ‘Murder She Wrote’ on in the background while I read my book. I am currently writing this blog and listening to ‘Sabrina the Teenage Witch’. It’s the episode where she and her aunts get talking furniture on the very same night they hold a Halloween party. It really holds up.

And that means I watch a fair amount of TV. The Boy suggested I put this to good use and tell you lovely people about the vintage inspired shows I watch, so I’ve put together a list of my 10 favourites (if there’s one you love that’s not on my list, please do let me know – have Netflix, will watch).

Before we go any further, I have something to admit. I’ve never seen Downton Abbey. My mum loves it, people tell me I’ll love it, but I’ve just never gotten around to it. Ditto Mad Men. So, while they’re omitted from the list at the moment, they will likely make an appearance in the aforementioned update.

My favourite of all the vintage-inspired TV shows. Set in 1920s Australia, the fabulous lady detective Miss Phryne Fisher and her assistant Dot solve crimes, make wisecracks with the local constabulary and do it all while fabulously dressed.

I want to climb inside this show and live there.

…And the nation shook a collective fist at ITV when they cancelled Home Fires (I’ve heard a rumour it’s coming back in book form, so all is not lost!).

I adored this show, which follows the lives of the ladies of Great Paxford W.I. during World War II. There are some jolly good eggs, some rotten villains (I feel it’s sort of a compliment that every time I see one of the actors in something else, I automatically dislike him because his character is so mean in this), lovely suits and fabulous hairstyles – pretty much everything I love in a show.

I read Jambusters, the non-fiction book that inspired it, on my honeymoon and loved that too.

Fans of Home Fires, rejoice, for there is another show (that also ends on a frustrating cliff hanger, this time thanks to the BBC). Following a feisty group of girls as they navigate a new life in the country, it has the requisite heroes and villains, snobby lady of the manor and awesome 40s hair. 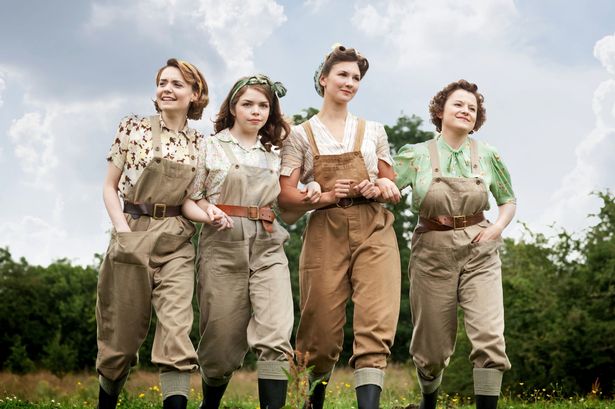 This is a fascinating look at the early days of Elizabeth II’s reign. I promise I look at more than just the costumes, but the ones in this show really are spectacular. Claire Foy is fantastic as the queen finding her feet, and Matt Smith plays Prince Philip. I do like the cut of his gib.

I couldn’t write a list of TV shows without including pretty much any adaptation of Agatha Christie, queen of the detective novel.

From Poirot, to Miss Marple, to And Then There Were None, to that episode of Doctor Who, Agatha Christie adaptations look great and you can play ‘Guess what she’s been in since’ with the actors (this is most fun if you’re watching an old episode), but more importantly, they have a ruddy good story at their heart.

I think this got mixed reviews (mostly among my family, who are Keeping Up Appearances devotees), but I absolutely adored the prequel that was shown on the BBC last year.

Kerry Howard has Hyacinth Bucket’s mannerisms spot on, it’s funny, sweet, and makes you think ‘Ohhh!’ about some of the original series.

And it was nice to spot Brian from My Parents Are Aliens as one of the supporting cast. 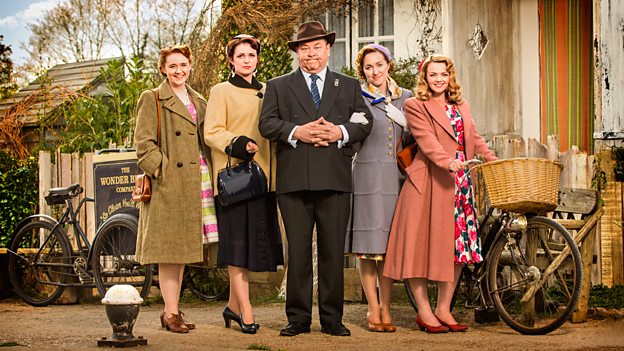 Much like Agatha Christie, I couldn’t exclude Goodnight Sweetheart from this list. I wasn’t a massive fan of the most recent episode, being more of a 40s and 50s girl, but I love the original series dearly.

I first watched it when I was about 10, when at least 75% of the jokes went over my head and I was just beginning to get interested in history; I was very surprised to learn from my gran that the theme tune wasn’t a new song, but a nod to the era it was set in.

I loved the characters and (hey, spot the pattern!) the costumes, and dearly wanted to be Phoebe. I’ve had a soft spot for it ever since.

Spoiler alert; this is another show that has a frustrating cliff hanger that will never be resolved because the show got cancelled (shakes fist at imaginary TV executive).

This show follows Agent Peggy Carter (yes, the one from Captain America) as she makes her way in the post-war US secret service. She’s a great shot, outsmarts the chaps and does it all with a cheeky quip. I can’t decide if I want to be her or marry her.

The Boy and I happened upon it while staying over in Helsinki during our honeymoon. We arrived at our hotel late at night, channel hopped while we wound down from our flight and came upon George. We ended up watching the whole episode and got very little sleep before our early morning flight to Kakslauttanen, but it was totally worth it.

On the way back, we stayed in the same hotel and the only thing that got me through a very bumpy flight to Helsinki was the thought of catching up with the inspector. The Boy gently tried to tell me that it was very unlikely it would be on (it was a Saturday night, it was prime time, and so on), but there it was waiting for us.

And my love affair with the curmudgeonly detective was born. 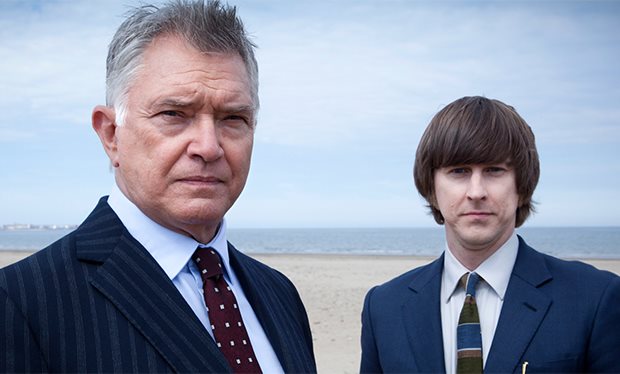 The Boy and I love detective shows. We’ve done the  Morse series in the opposite order that we should have done, starting with Endeavour and ending with Inspector Morse via Lewis.

Endeavour, another 1960s-set whodunit series, swapping the North East for Oxford (of course). Shaun Evans is wonderful as Morse, his partnership with Roger Allam (he of  Cabin Pressure, one of my very favourite Radio 4 comedies) as DI Thursday is great to watch, and the murders they solve are inventive and keep me guessing. 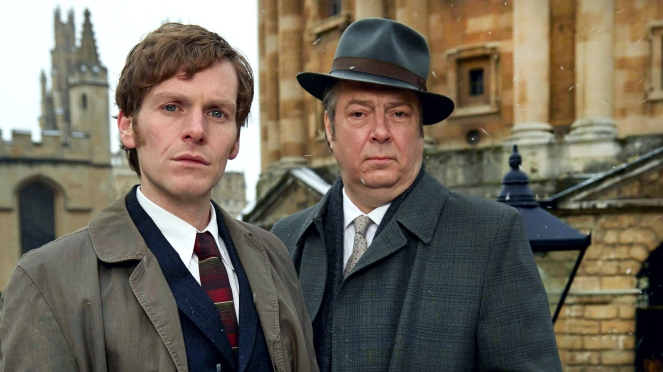 And finally, Death Comes to Pemberley. This one’s set a little (ok, a lot) earlier than the others on this list, but I just had to include it. Based on the PD James book, I caught this one Christmas (The Boy had commandeered the living room TV for football, I think, so I was browing BBC iPlayer), and I was hooked after about five minutes.

It’s a mysterious mystery, with characters that are frustrating, funny, feckless and foul, and I would definitely recommend it.

So, if you have some time and fancy getting your teeth into a vintage-inspired series, I hope that’s given you a few suggestions!

As well as Downton and Mad Men, next on my list are The Collection (I’ve heard good things), The Halcyon (it’s been on my Sky+ for forever) and Grantchester. I’ve been told that Call the Midwife is fantastic Sunday night TV, but my fear of all things childbirth means I’m going to need to work myself up to that one.

Are there any I’m missing?

One thought on “11 TV shows for vintage lovers”