Ah, T – stands for Toblerone, tolerance, tenacity – lots of awesome words. But perhaps my most favourite of all, Twinwood Festival!

A long-standing date in many a vintage-lover’s calendar, I’ve been going to for the last eight years. Long-time readers will remember me talking about Twinwood Festival in the past (if you’re new to the blog, or have forgotten, you can read a previous post dedicated to the festival here).

As regular readers may also remember, I am through to the finals of Miss Vintage UK 2016, which takes place during the festival, and I am BEYOND excited (just ask the people who have to see me every day). I really, genuinely wasn’t expecting to get through (I’ve been walking around with my fingers crossed since I submitted my entry. Not literally of course, that would be daft), and, if I may be a little self-indulgent (she types. On her blog. Which is all about her), I’d like to tell you why it’s so important to me.

Y’see, I started going to Twinwood Festival with my grandad. He was awesome. He and my nan used to go every year, volunteering in the Glenn Miller Museum and raising money for Macmillan Cancer Support, and I always had an excuse why I couldn’t go (doing sod all and complaining I was bored, if I remember rightly). But then my nan died, and we were devastated. Almost a year later, as Twinwood Festival rolled around again, I asked my grandad if I could go with him, because thinking about him going to the festival on made me sad, as I thought he’d be lonely.

I needn’t have worried, as it turns out – the man had more stamina than I did. That first year, I left every evening as soon as we’d cleared down the museum and counted the ’till’ (a little red tin box that Grandad never let out of his sight). Meanwhile, Grandad – a good 60 years older than me – and his friend Paul went home, had some dinner, and came right back again to listen to the music, late into the night.

That first year, I wore jeans and a hoodie, because that was what I wore then.  But a little seed was sown, and I started thinking about getting myself a pretty, 1950s style dress.

Those of you who haven’t been to the Glenn Miller Museum (and you must – let me know when you want to go and I’ll show you around), may not know that the walls of the reception area are covered with old fashioned movie and alcohol posters. I became obsessed with one that showed Rita Hayworth wearing a long red dress, split to the navel.

I’d then backtrack furiously (I doubt any grandfather wants that image of his granddaughter in their head), and make it clear that it was the 1940s and 1950s I was interested in, not the slashed-to-the-navel bit.

“Go on then, do it” he’d smile (getting more exasperated and the smile more forced each time I said it, obviously. Which is fair, as it was approximately once an hour for three days, for three years).

I kept chickening out at the last minute, telling myself that I’d look silly, or that people would laugh. Then, in the fourth year, I bought myself a green polka dot dress and spent hours on YouTube trying to work out how the heck to do a victory roll. I got some lovely compliments (because the vintage scene is overwhelmingly positive and lovely to newbies), and my confidence soared, and I looked forward to the next time I’d get to put on a pretty frock and do my hair (oh, if only I could have seen myself as I am now…). 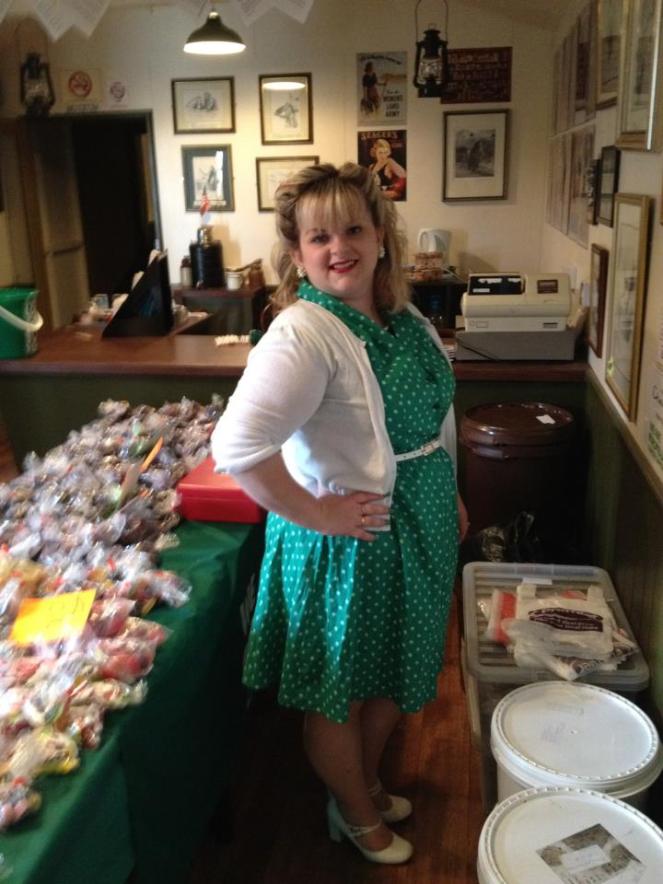 But the following year, Grandad had a stroke, and was very poorly. I’ll be honest, I can’t really remember too much about that time, but I remember visiting him in hospital and it being roasting, roasting hot, which makes me think it must have been rolling around to Twinwood Festival.

While The Boy, my mum and my stepdad were all volunteering with us by that time, I couldn’t go without my partner in crime, so that was my year off. Like Glastonbury, I thought – we’d be back next year.

We weren’t, of course. In May 2014, Grandad – my grumpy, funny, lovely, incorrigible old chap – died, and my heart hurt. One of the things that helped me through the rough weeks that followed was thinking about the memories we’d made at Twinwood Festival. He used to take me out for dinner at the pub next to his house on the Monday night after the festival, where we’d talk about the weekend and he’d tell me stories about his life (like that one I told you last week about his and my nan’s first date). Not all of them were true, mind, but they were pretty good.

At Grandad’s funeral, I wore a Lindy Bop dress (purple, black spots) and a 1950s fascinator. And things snowballed a bit from there. 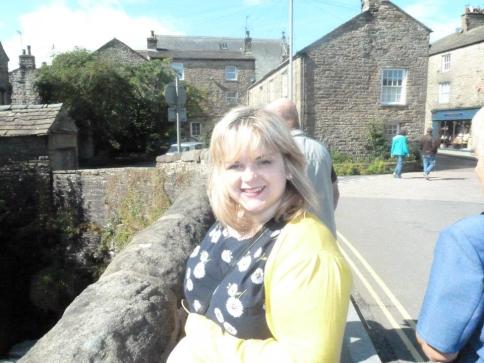 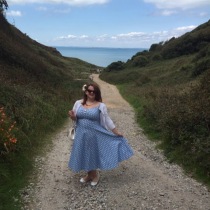 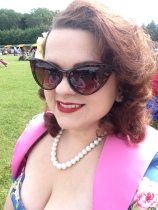 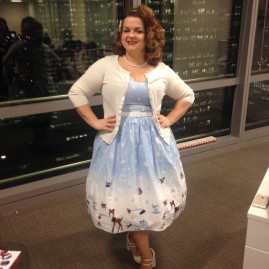 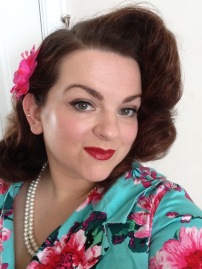 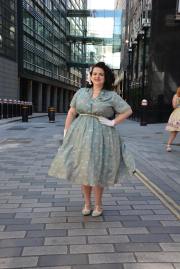 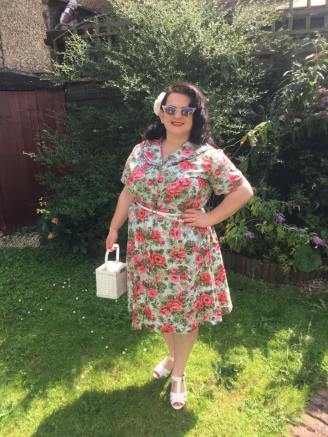 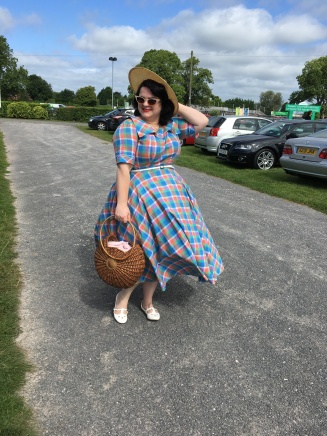 Just a few months later, it was Twinwood Festival time again, and I really wasn’t sure whether to go. Swallowing – hard – I realised that if I didn’t, I’d regret it. So me, The Boy, my mum and my stepdad decided to go for one day; no volunteering, just to enjoy it. And we did. Some bits were hard; seeing the other volunteers for Macmillan, going into the museum (God, going into the museum), but other bits were lovely. Sitting and listening to the music while the sun shone (which it did, for a good 8 minutes, if memory serves). Now, remembering Grandad is just one more reason why I love the festival.

Getting through to the Miss Vintage UK final is, as daft as it sounds, a way of acknowledging my grandad, and the huge impact he had on my life. If it wasn’t for him, I might never have gone to Twinwood Festival, and might never have had the nerve to try out vintage-style dressing for myself. And my life would be all the poorer for it. I’ve had so many opportunities, met so many amazing people, and made so many new, wonderful friends, and I wish I could thank Grandad for letting me tag along that first year (and each subsequent year, come to that).

So this one’s for you Gramps – if you’re watching, please try to help me not fall over and make a huge tit of myself, yeah?

2 thoughts on “T is for Twinwood Festival: the A-Z of a Vintage Girl in a Modern World”